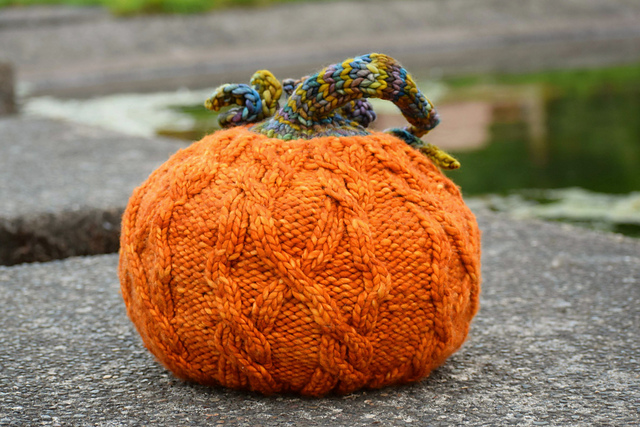 Hello, dear knitters!  I am so thrilled to announce our first annual Pumpkin-a-Long !  Fall is my favorite time of the year, and apparently I am also pumpkin-obsessed, so the idea of the PAL was hatched.

The PAL runs through October 31, 2018, so there is plenty of time to knit a pumpkin (or three).  There are two ways to win prizes:

1. Winners of a coupon code good for one of my Knit Equals Joy patterns will be chosen randomly and at random times from among comments in the PAL thread.

2. Winners of yarn and other prizes will be chosen after the PAL ends from among posts in the Finished Objects thread.

Questions? Just come on over to the PAL thread and we will be happy to explain how it all works.

Autumn Spice Pumpkin. This jumbo pumpkin is a joy to knit. Cables that twine over the surface are reminiscent of garden vines. Knit in the super-bulky yarn called for, your pumpkin will be a statement piece (39 inches around!), but it will be amazing knit in any weight yarn.  Use the coupon code pumpkins for 25% off through September 22.

Check out these beautiful Autumn Spice Pumpkins (photos used by permission).  Each one is uniquely beautiful and I love them all:

We would love it if you joined us in our pumpkin madness in the Knit Equals Joy group on Ravelry. Questions? Send me a message here or on Ravelry. Follow the links in the sidebar or find me there as CarolEHerman. 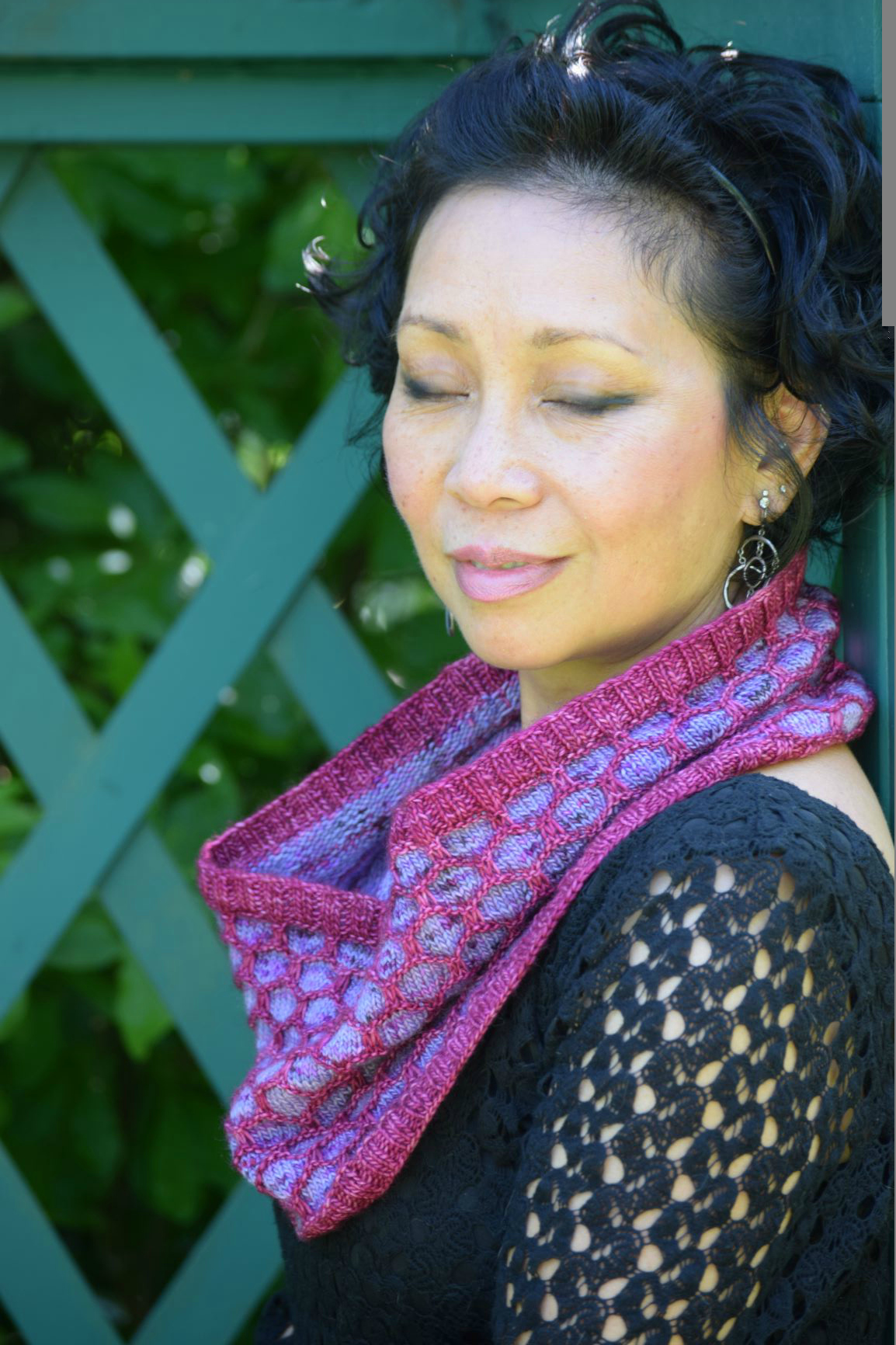 I am so excited to introduce this upcoming design to you.  This cowl pattern was so much fun to design, and it’s very fun to knit.  I just want to share pictures with you right now.  The pattern is to be released next Monday, June 4.  Then I think I’ll tell you the story of its genesis and the inspirations for the design.  For now, pictures.  And an invitation to come join the KAL also starting June 4.  We’ve started a thread in the Ravelry group, here:  Bridgetown Cowl KAL.  As always, there will be prizes and encouragement.

This is my two-color cowl:

And the four-color cowl:

Tempted yet??  Look for the pattern release on June 4th.  And come knit-a-long with us.  You’ll be glad you did!